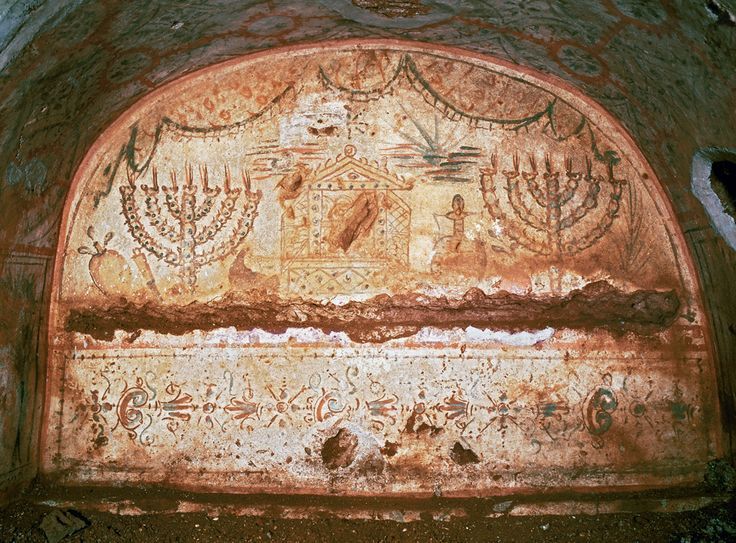 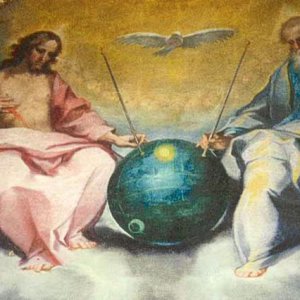 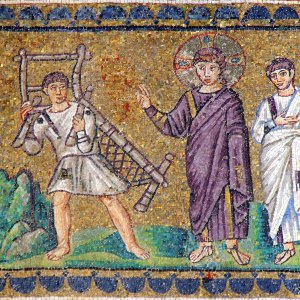 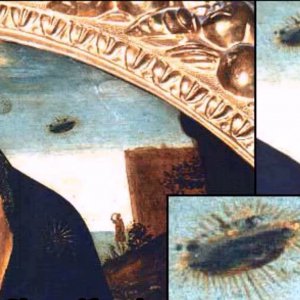 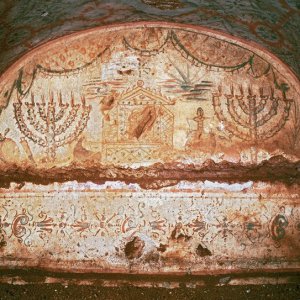 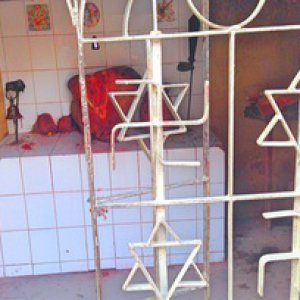 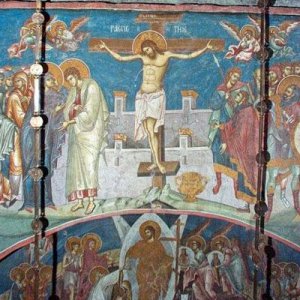 Menorahs and the Ark of the Covenant

Menorahs and the Ark of the Covenant, Jewish Catacomb, Rome, 3rd Century

This Ancient wall painting was found in the catacombs underneath the city of Rome. This was because Judaism in Rome was practiced in secret. In the painting we see two Menorahs flanking the Ark of the Covenant. This Ark of the Covenant was a holy object for the jews, and was said to contain The Law tablets, the circumcision knife, the shofar, and a other wide variety of holy objects for the Jewish religion. The Menorahs on the side possibly originate from the Tree of Life, in the ancient near east.

This artwork is one of the best examples of Jewish art in this period of time. It easily shows us that they had to practice their religion in secret as well as that they held many of the objects they consider holy were holy in other religions, such as the Ark of the Covenant being considered holy to the Christians of the time as well. This makes it an important artwork for discerning the culture and the way they had to practice their religion, as well as the similarities in their religion to others, as well as how Judaism in this time was practically the same as now.
Click to expand...
There are no comments to display.